{"card-share":{"shareable":false}}
The draft EIA needs to have a stronghold to safeguard our forests and ensure a more prosperous sustainable future|Pixabay
OPINION 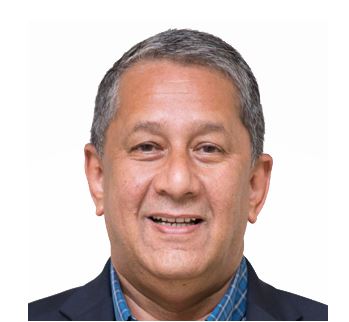 Forests have been a lifeline to mankind from the very beginning of civilization – providing land, energy, water, fuel, livelihoods and medicines for billions across the globe.

Forests are also the only answer towards any climate action that needs to be taken now and in the coming years. They have been a buffer between generating clean air and absorbing human-caused pollution. Thus, forests could do a lot more significantly for a resilient society and mitigating impacts of climate change.

Environmental Impact Assessment (EIA) is an important process to evaluate the environmental impact of a proposed project. It is an essential decision-making tool for the approval of any initiative taken up by the government or private sector entity.

The EIA is important as a legal framework for putting forth basic responsibilities of citizens and authorities, keeping a check on quality of projects and its impact by assessing risks at all costs whether it includes people, ecology or economy. However, the recent EIA that was drafted has many matters leading to a violation of the sole motive and basic principle of the 1986 Environment Protection Act.

The three most debated contentions put forth are:

2) Public consultations: Prohibition from any “public hearing”, for example: linear projects like road making or pipelines

3) Compliance report issues. However, the Government has clearly mentioned that the new draft is being brought forth to make the process more transparent and expedient with rationalization and standardization of the process.

The Eastern Himalayan region has the origin of agro-based solutions bringing in the element of large-scale food supply chains along with a sense of commune inclusive of food security. The indigenous community members are farmers and depend on their land for a source of income and in some cases – a complete hand to mouth existence

Currently, the Eastern Himalayan region has (Northeastern Indian states along with Myanmar, Bhutan, Bangladesh and Nepal) raised its voice against projects that have violated the statutory framework of carrying out an EIA along with displacing communities, overlooking “precautionary principles” leading to multiple tremors, dismantling the crux of traditional socio-economic cultures, diminishing the chances of sustainable alternate sources of livelihoods and finally over-ruling the fundamentals of ecology as the only economy - disrupting the overarching moralities of globally set standards of nature-based solutions.

The Eastern Himalayan region has the origin of agro-based solutions bringing in the element of large-scale food supply chains along with a sense of commune inclusive of food security. The indigenous community members are farmers and depend on their land for a source of income and in some cases – a complete hand to mouth existence.

If we consider the Eastern Himalayan businesses to be green in nature and continue to do the same, unlike other conventional industrial practices, the following could be the results:

1) Transformation within the food, land and marine use system acquisitioning the potential to create business opportunities worth almost $3.6 trillion and 191 million new jobs over the next 10 years.

2) Five transitions across infrastructure and the built environment could generate $3 trillion and 117 million jobs by 2030.

In a recent book by Professor Klaus Schwab, The Great Reset, the constant displacement of communities and natural resources have historically led to alteration of the demography, thus losing out on age old practices, vast tracts of forests and “creating a new existential threat”.

The presence of the current drat EIA 2020, is one such anomaly whose implementation would lead to wiping out of the lungs of the Eastern Himalayan landscape. Eventually, to achieve the Sustainable Development Goal set by the United Nations, the EIA Draft has to be based on scientific analytical assessments keeping synergy between people and planet – which the World Bank has been insisting on due to the funding of solar projects in India for over many years.

Rafale: How will it transform Indian Air Force’s combat potential?

India has been a part of the Rio declaration enunciating a catalogue of environmental principles along with the Paris agreement “ratifying” the preservation of 33% of land under forest cover, but currently touching the mark of 21% only.

With that being said, the matter of the Draft EIA 2020 needs to be taken as a serious implication on our future generations with higher levels of climate change effects, lowering of intergenerational equity, loss of natural resources as endowments and biodiversity risks of the highest order.

Through NaturenomicsTM and Rural Futures, we must envision both ecology and economy as brothers in arms paving the way for long term plans to mitigate changes through climatic disturbances, land use patterns, carbon sequestration and trade, empowerment of forest communities, protecting biodiversity and creating 100% green jobs by building our already existing sustainable cultures and communities.

The draft EIA needs to have a stronghold to safeguard our forests and ensure a more prosperous sustainable future.

(The writer is founder and president of Balipara Foundation. Views expressed are personal)