{"card-share":{"shareable":false}}
33 year-old Manoj Yadav (along with his brother) was admitted in Gandhi Hospital on June 3|EastMojo image
NATIONAL

Journalist Manoj Yadav, Hyderabad succumbed to COVID-19 infection on June 7 and his colleagues and brother recount the horror of being admitted in the Hospital 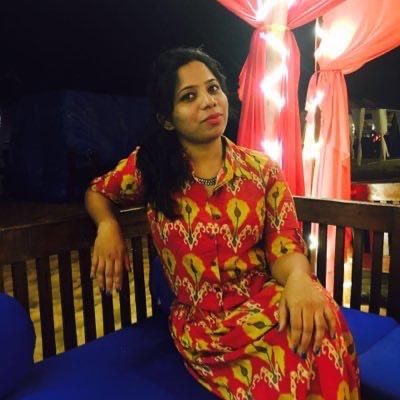 “Don’t go to Gandhi Hospital Tony, better take home quarantine. We know how Gandhi Hospital is. Ask them to write and give you home quarantine, just come back from fever hospital. Last week they tested 22 journalists in Hyderabad, 12 were positive. They took home quarantine, they are all healthy now”, this was 33 year-old Manoj Yadav’s advice to his neighbour. Barely after four days of this phone conversation, Manoj ended up at Gandhi Hospital and on June 7 on 9:37 am, Manoj succumbed to COVID-19.

According to the video released by Manoj’s brother Sainath, a day after his death, the situation at Gandhi Hospital was beyond pathetic. He shared a few videos from where they were ‘getting treated’ which looked more like a dumping yard than a COVID-19 treatment facility.

After Tony was hospitalised, Manoj started showing symptoms. So on June 3, his brother Sainath and Manoj went to Fever Hospital at around 11 am and at 3 pm both of them were tested. Later they went back home and at around 10 pm, they got a call from the Fever hospital. They were informed that both Sainath and Manoj were positive and had to be at the Fever hospital immediately. Around 11 pm, they were referred to Gandhi Hospital. By the time the formalities were finished it was almost midnight and at around 1 am. The brothers were then shifted to a ward on the seventh floor. According to the video released by Manoj’s brother Sainath, a day after his death, the situation at Gandhi Hospital was beyond pathetic. He shared a few videos from where they were ‘getting treated’ which looked more like a dumping yard than a COVID-19 treatment facility.

“Manoj didn’t want to go, but then officials at Fever Hospital wanted him to admit himself at Gandhi Hospital since he had breathing issues. He shouldn’t have gone”, Gopi Yadav, a senior crime reporter said.

“Saifabad is rampant with COVID-19, there is no tracing or testing. Don’t know exactly how Manoj anna got infected. After Tony tested positive, Manoj anna got doubts when he had symptoms. The day he died, I think another four people died in the same area”, another crime reporter Sai said.

The video of Manoj’s brother explaining the ordeal went viral. It was shocking to people in the state who were being reassured by CM K Chandrashekar Rao that all is well and Gandhi Hospital is the best, again and again during various press conferences. Sainath in his video detailed how they were given a couple of bed sheets and two multi-vitamin tablets, a toothbrush and paste when they were admitted and left to themselves the night of admission. The next day, when Manoj had a high fever, Sainath kept running for medical assistance. After three four hours of persuasion, a doctor apparently came and checked Manoj and gave two paracetamol tablets to be taken at a four hour interval. By next morning, Manoj had breathing difficulties and Sainath kept requesting the staff to shift him to ICU. “There are no beds...is the standard reply. When I demanded them they just said there is nothing they can do. I asked them to at least provide an oxygen cylinder in the general ward. Even that wasn’t available.”

“There are no beds...is the standard reply. When I demanded them they just said there is nothing they can do. I asked them to at least provide an oxygen cylinder in the general ward. Even that wasn’t available.”

Frustrated by the ordeal of begging for oxygen and medication for more than 16 hours, Sainath contacted other journalists and they in-turn contacted the health minister Eatela Rajdendar himself. “Only after a lot of calls we got a bed in the ICU that too after two three hours of waiting on a wheelchair”, Sainath mentioned in the selfie video from inside Gandhi Hospital isolation ward.

After Manoj was shifted into the ICU also, things don’t seem to have gotten any better. He messaged a senior crime reporter saying, “ICU is not good…pls will go to private hospital”. This chat was released by his family to the media after Manoj’s death. On June 6 around 9 pm, Manoj called another senior journalist and described his ordeal inside. Barely after 12 hours, on June 7 around 9:30 am, Manoj’s brother Sainath who was in the isolation ward was informed that Manoj died.

“He kept telling me that a graveyard is better than Gandhi Hospital, but we kept assuring that treatment will happen and all will be well. We should have shifted him to a private hospital, we should have listened to him,” Manoj’s brother Sainath laments now.

According to the statement by the superintendent of Gandhi Hospital, Manoj was suffering from Myasthenia Gravis which results in weakened muscles including respiratory muscles. He earlier underwent a surgery for the same and was on steroids. ‘Due to all these comorbidities and being infected by COVID-19, he died of cardiac arrest on June 7 at 9:37 am,’ the statement read.

He kept telling me that a graveyard is better than Gandhi Hospital, but we kept assuring that treatment will happen and all will be well. We should have shifted him to a private hospital, we should have listened to him
Sainath
Another elephant dies in Kerala, this time in Malappuram

Manoj Yadav’s dream was to be the best crime reporter in the city. He refused when he was promoted to take care of the bureau because that would mean less time on the field. His friends lovingly called him ‘Laddu’, and he would be the first person to offer help to anyone in need. When his brother-in-law and sister died in a freak road accident three years ago, he refused to give their child to the paternal grandparents. Manoj told his parents that the little boy is his responsibility now and will forgo marriage and having his own kids, if required. He joined his nephew at a private school in Ghatkesar and had big dreams for him. The family forced Manoj to get married and finally about eight months ago, he gave in. His wife is now four months pregnant.

Earlier on Monday morning, twitter handles of the Chief Minister, health minister and couple of other ministers had put out condolence messages to Manoj’s family but things changed after the video release.

Unlike other states, the Telangana government doesn’t allow testing or treatment in private hospitals and private labs. Reacting to a PIL filed in the High Court last week, the judges questioned the government from refraining the public from getting treatment wherever they want. Despite the ruling, a lot of private facilities aren’t still providing any treatment since they haven’t received any orders from the state government. But there are enough news reports about VIPs and politicians getting treated at private hospitals.

On Monday night, Sainath was discharged from the hospital and was asked to go into a home quarantine. Despite requests, Manoj’s aged parents, his pregnant wife and his nephew who all live in the same house haven’t been tested yet. “If this is the case with a journalist, can’t begin to think what is happening with regular people, it is very scary in there”, Sainath concludes.